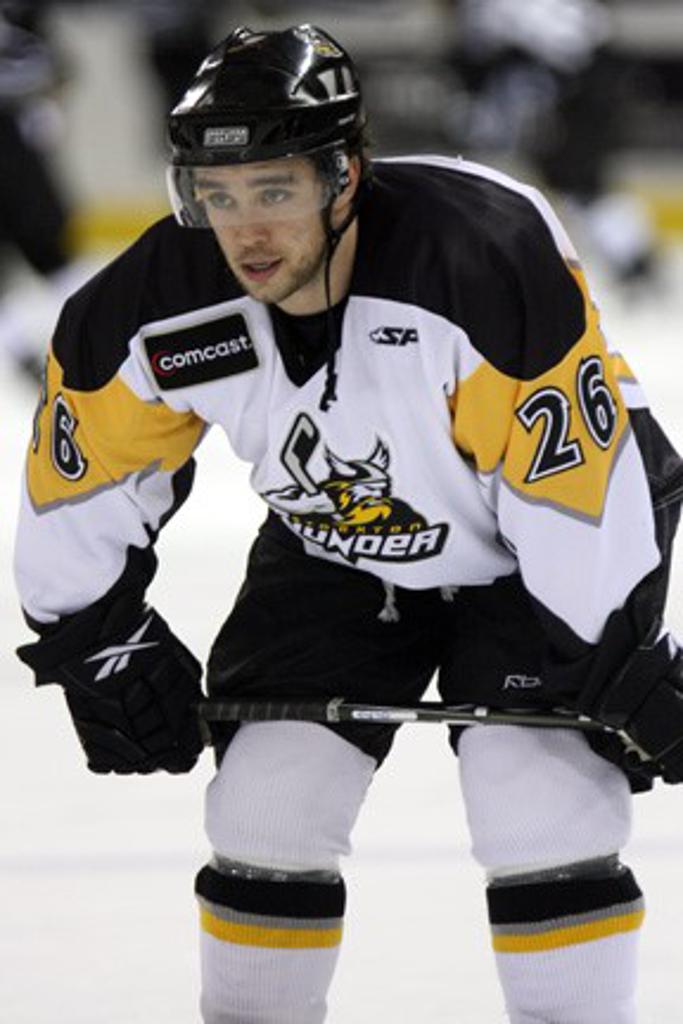 Ryan Huddy was born in Edmonton Alberta Canada. His Father Charlie Huddy played 17 seasons in the NHL and won 5 Stanley Cup with the Edmonton Oilers. Charlie’s career allowed Ryan to play hockey in different associations in Edmonton, Los Angeles and Buffalo NY.  His dad is still active in the NHL as an Assistant Coach for the Winnipeg Jets.

At the age of 16 Ryan played for the Olds Grizzlys in the Alberta Junior Hockey League.  In his second season he accepted a Scholarship to play for Bemidji State University after he was named to the All-Star team and led the league in goals.

While at BSU he lettered all four years and was a part of two teams that won the CHA regular Season, two CHA Playoff Championships and made two NCAA tournament appearances.

After College Ryan played 6 years of Professional Hockey starting off with 2 seasons in Germany.  He then signed with the Edmonton Oilers and played in their farm system in the AHL & ECHL.  While in the ECHL he made the All-Star team and set a single season record in goals and points for the Stockton Thunder.  Ryan then went to play a season for the Odense Bulldogs in Denmark’s top league and led the team in scoring.  He then decided to come back to North America where he spent a year in the Arizona Coyotes system in both the AHL & ECHL.  He again led the Las Vegas Wranglers of the ECHL in scoring while splitting time with San Antonio Rampage.  His last year was with Valpellice Bulldogs of the Elite league in Italy.

After he hung up the skates he worked with Total Hockey Minnesota out of Lakeville and specialized in individual training with youth players up to NHL players.  He is currently on the Hockey Committee for the Buffalo Youth Hockey Association and has been coaching within the association the past 5 seasons.