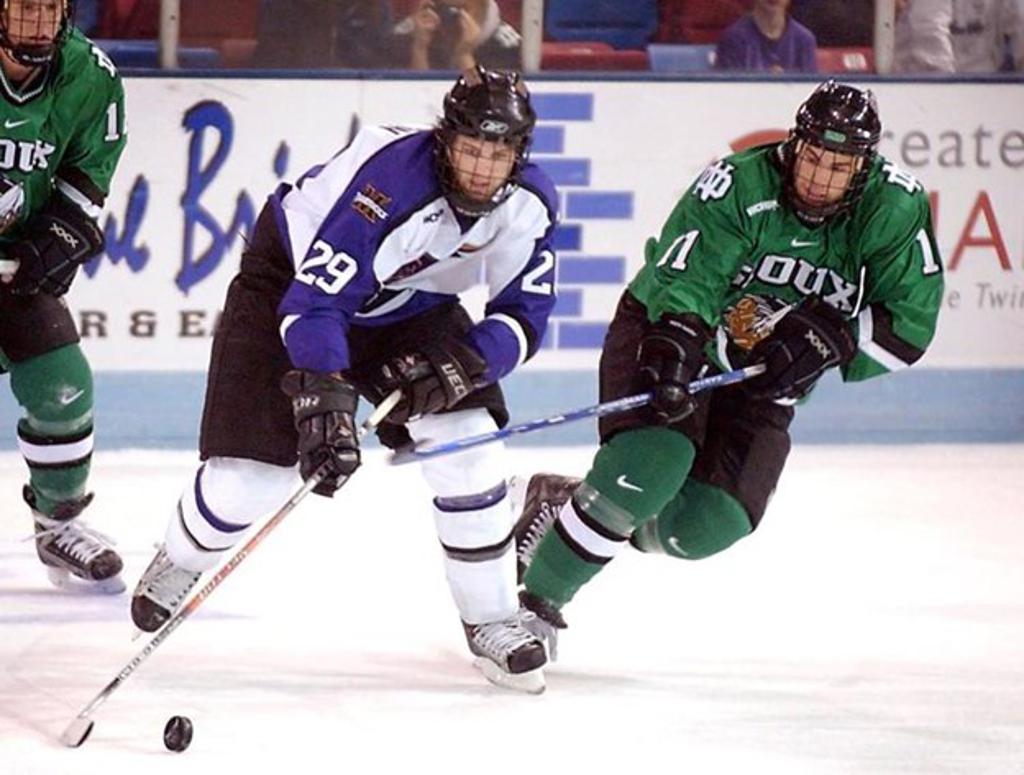 Joel grew up in Elk River, Minnesota as a multi-sport athlete.  He earned seven varsity letters in hockey, football, and baseball.  He earned All-Conference honors multiple times and was a member of the Elk River 1999 boys’ hockey third place team and the 2001 state championship team.

Following high school, he joined the Waterloo Blackhawks in the USHL.  He played three seasons with the Blackhawks earning team honors; Rookie of the Year, Unsung Hero and Team MVP. In his final season, he was named assistant captain and went on to win the Clark Cup Championship.

Joel continued his hockey career at Minnesota State University, Mankato where he made the WCHA All-Academic Team all four years.  His senior year, he was voted team captain and was also named the WCHA Student-Athlete of the Year. Immediately following his senior year, Joel joined the Toronto Maple Leafs affiliate, Columbia Inferno for the remainder of the ECHL’s-Kelly Cup Playoffs.  He then went on to play two more season of professional hockey with the Augusta Lynx in the ECHL and Wichita Thunder in the CHL.

After his professional career, he has been active coaching in the Elk River Youth Hockey Association and various AAA hockey programs.  Joel was inducted into the Elk River High School Hall of Fame in 2016.  He now resides in Zimmerman, Minnesota with his wife Kayla, two sons; Rylan and Brady and daughter Alexa.