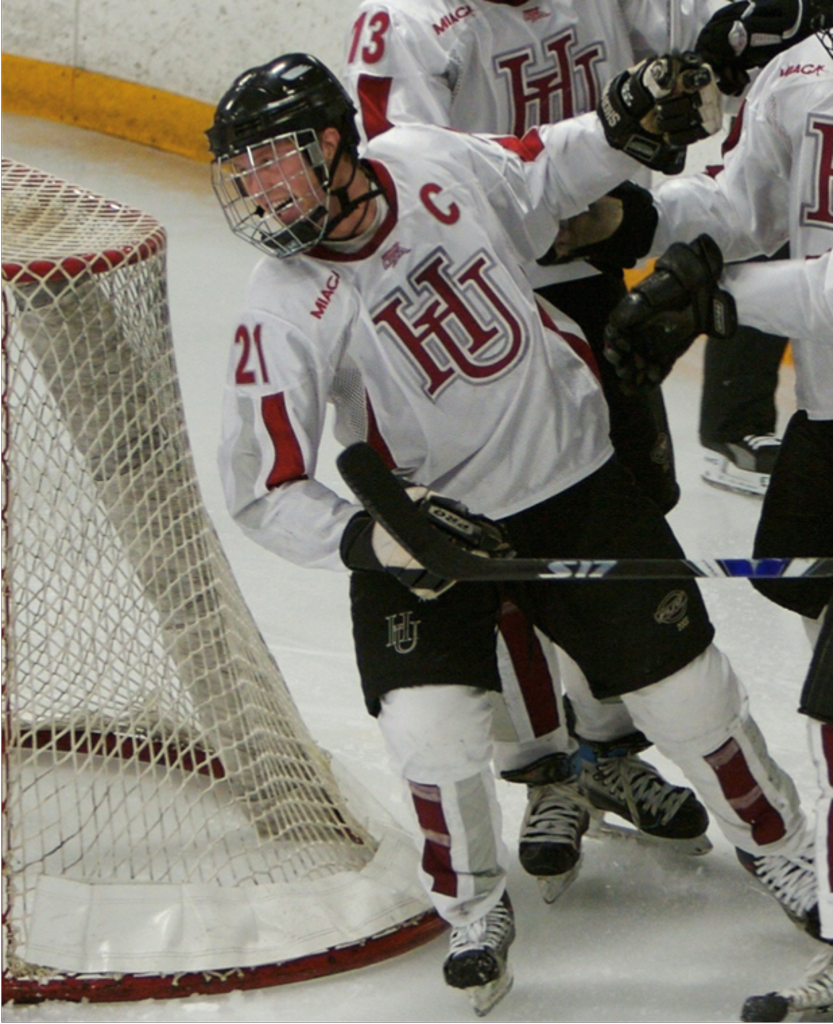 Dustin grew up playing hockey and baseball within the Champlin Park and Brooklyn Park Athletic Associations. During the summer, Dustin played 5 seasons with the MN Blades, traveling all over North America. He had the privilege of playing in the Brick tournament in Edmonton, Alberta, which is one of the most coveted AAA hockey tournaments in youth hockey. Dustin attended Breck School starting his sophomore year and played on the Varsity team all 3 years, where he was named All Conference every year, was a Team Captain his Junior and Senior seasons, and won the Class A State Championship in 2004. During his Junior and Senior seasons, Dustin played in the Elite High School Hockey league and also played with the Waterloo Blackhawks before the high school season started his junior year. Following High School, Dustin was drafted by the Des Moines Buccaneers in the USHL where he played half a season and then finished the year with Bismarck Bobcats in the NAHL.

After Juniors, Dustin attended Hamline University. Dustin was a 4-year Captain and was named to the All-Conference team all 4 years, the MIAC player of the year his Junior season, and was selected as a First Team All-American in the same season. Dustin finished his career at Hamline as the 2nd  All-Time leading scorer in school history.

Following his playing years, Dustin began coaching hockey at the youth level. He spent 5 seasons at Mounds View coaching at the Peewee A and Bantam A levels. After his time with Mounds View, Dustin spent 3 seasons as the Head Coach of the Bantam A team in the Osseo Maple Grove Association. Dustin is still very involved in the OMGHA Association, coaching 2 Mite teams.

Dustin resides in Maple Grove, MN. He and his wife, Lindsay, have three boys: Carter, Crosby, and Beau.